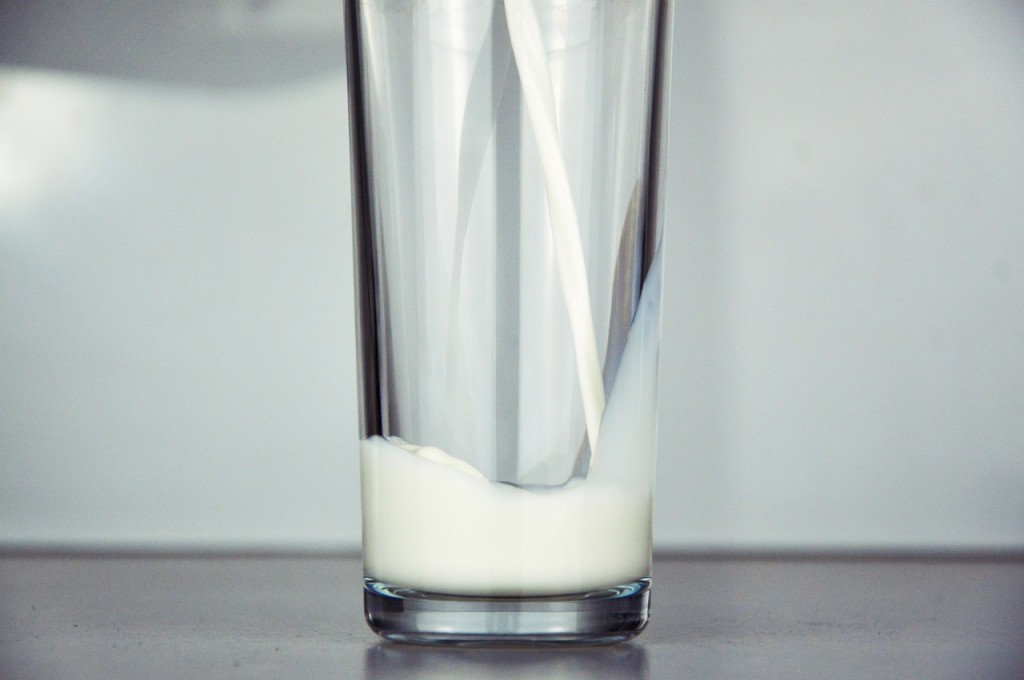 Trying to lose weight, avoid heart disease and diabetes? Avoid full-fat dairy products and stick to skim. Says your doctor. Says the nutritionist on that talk show. Says your best friend. Says the latest release of the American dietary guidelines. Says just about everyone you’ve ever met, for as long as you can remember.

A new study published in the journal Circulation analyzed the blood of 3,333 adults enrolled in the Nurses’ Health Study of Health Professionals: Follow-Up Study, which began about 15 years ago. The researchers found that the study participants who ate more full-fat dairy foods had almost half the risk of getting diabetes than those who ate low-fat dairy products. Researchers also looked at the effect of full-fat and low-fat dairy products on obesity, and found that those who predominately chose full-fat dairy over low-fat lowered their risks of becoming overweight or obese by 8 percent.

Shocking. Staggering. Absolutely scandalous. But it’s just one study, and that’s hardly enough to challenge what all the other studies have been saying for years about low-fat dairy products, weight loss and good health – right?

Only it doesn’t, says Dr. Dariush Mozaffarian, lead researcher of the study. According to him, there never was any “prospective human evidence that people who ate low-fat dairy do better than people who eat whole-fat dairy.” And while there’s been a gaping absence of any proof that low-fat dairy actually has any beneficial effects for weight loss and good health, there’s been a growing body of studies demonstrating that whole-fat dairy products, on the other hand, might.

The Whole Truth about Whole Dairy

A 2013 research review published in the European Journal of Nutrition reviewed 25 different scientific studies on the effects of dairy fat on cardiovascular health, type 2 diabetes and weight gain. The studies demonstrated that people who eat full-fat dairy are no more likely to develop type 2 diabetes or cardiovascular disease than people who eat low-fat dairy. In terms of weight gain, the compiled studies reported lower body weights, less weight gain and a lower risk of obesity amongst full-fat dairy eaters, rather than low-fat dairy eaters.

Another 2013 study published in the Scandinavian Journal of Primary Health Care looked at the dairy intake and obesity rates of over 1,500 adults, and found that those who ate full-fat butter, milk and cream had lower obesity rates than low-fat dairy dieters. A 2010 study published in the European Journal of Clinical Nutrition performed a 16-year prospective study on 1,529 adults and discovered that participants with the highest intake of whole-fat dairy had a 69 percent lower chance of dying from cardiovascular disease. And the list of studies suggesting positive health and weight management effects from full-fat dairy products goes on and on.

Which begs the question – where did this universally-accepted policy of only recommending low-fat dairy products even come from in the first place?

Dietary guidelines first began encouraging people to reduce their dairy fat intake in the 1970’s, in the spirit of reducing cholesterol and fat levels inside the body. However, according to a review published in the medical journal BMJ, there wasn’t any actual evidence at that time to support any of these warnings. This fat-makes-you-fat theology never took into account the fact that people compensate for the missing fat in their diet with simple carbohydrates instead, which the body converts into sugar and then – whodathunkit – into stored body fat. Moreover, eating dietary fat helps you feel full more quickly and stay satisfied for a longer period of time, curbing cravings and overeating. It’s also been postulated that dairy fats may act directly on cells, helping to improve the liver’s and muscles’ ability to break down and metabolize sugar from food.

Learn more about which types of fat help you torch body fat and purge pounds, here.

Skim Past the Skim

While avoiding dairy fat as a weight loss strategy is proving to seriously back-fire, take care before you start layering mounds of butter all over everything you eat. Gorging on anything rarely does any good for anyone’s weight loss or health, and dairy lacks other crucial weight loss and health factors, such as fiber, which is critical to digestion, blood sugar balance, a healthy gut and weight management.

However, when deciding between low-fat and whole-fat dairy products, the evidence suggests that you’re better off skipping the skim after all.