Grocery shopping can feel pretty complicated when you’re just starting down the women’s weight loss path.  Struggling to decipher nutrition facts labels, grams of a hundred and one different forms of listed fats, ingredients named after abbreviated chemistry reactions and health certification claims from organizations you’ve never even heard of – it can all seem very overwhelming.

Now, new research from Georgia State University has thrown us for a brand new loop: turns out that one of the most common groups of food 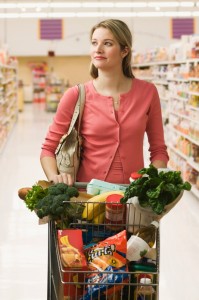 additives – emulsifiers – could be partially responsible for the skyrocketing rates of weight gain, obesity, metabolic syndrome, diabetes and inflammatory bowel disorders hitting the nation. Even more disturbing is that, not only are these additives all FDA and Health Canada approved, but we ingest them regularly from the most common grocery store packaged items every day, including the ones widely considered to be “health foods”.

In the last few decades, there’s been a shocking spike in cases of sudden weight gain, obesity, type 2 diabetes, cardiovascular diseases and inflammatory bowel diseases, all of which are associated with altered gut microbia and a malfunctioning digestive system. Scientists have long puzzled over this sudden increase in digestive illness, and have suspected that common processes and additives in the modern food industry could be behind it.

A recent study published in Nature has added even more evidence to a growing body of research demonstrating that they were right. The study showed that emulsifiers – food additives that prevent ingredients from separating and to improve the texture of packaged food products – could lie at the heart of our fattening nation.

Emulsifiers can be found in almost every packaged food on the market. You may recognize some common ones, like lecithin, carrageenan, xantham gum, polysorbate-80, etc. The Georgia State University researchers looked at how commonly used emulsifiers, like polysorbate-80  and carboxymethylcellulose (used in ice cream, mayo, ketchup, store-bought sauces, fat-free products, gluten-free products and many other foods), affected two groups of mice. The first group of mice were already genetically predisposed to digestive disease, and the second group were perfectly healthy. When the mice were fed emulsifiers at doses calculated to reflect what humans consume in processed foods, not only did the genetically predisposed mice develop inflammatory bowel disease, but the healthy mice also developed intestinal inflammation and metabolic syndrome. This led them to overeat, become obese, and develop high blood sugar and insulin resistance.

The research suggests that emulsifiers disrupt the naturally protective layer of mucus that coats our intestinal tract. This allows bacteria to infiltrate our digestive system, causing increased inflammation.

Don’t Wait to Take Control of Your Weight 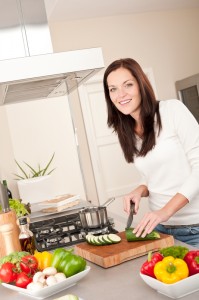 This is just one of several studies that are starting to emerge about the acute harm that modern factory food processing is having on our health and our bodies. Clearly, not only does the FDA and Health Canada have to engage in some more in-depth study of the additives they have approved as “safe” for mass consumption, but these agencies also have to take into account the fact that, with so many packaged food and non-food items containing these additives, most of us are likely consuming far more than what has been deemed safe.

But ultimately, the responsibility is in our own hands. Rather than waiting around for legislation and food production processes to change, we have to prioritize our own health and change our lifestyles – right now.

The fastest, easiest and safest way to protect yourself from weight gain, illness and life-threatening disease is to steer clear of packaged and processed foods. Buy fresh, unprocessed and natural foods, and prepare meals yourself from raw ingredients, as much as possible. Simply by making the switch to whole, natural foods that your body recognizes and knows how to digest properly can lead to effortless weight loss and improved health.