Why Summer is the Best Time to Lose Weight
Tweet 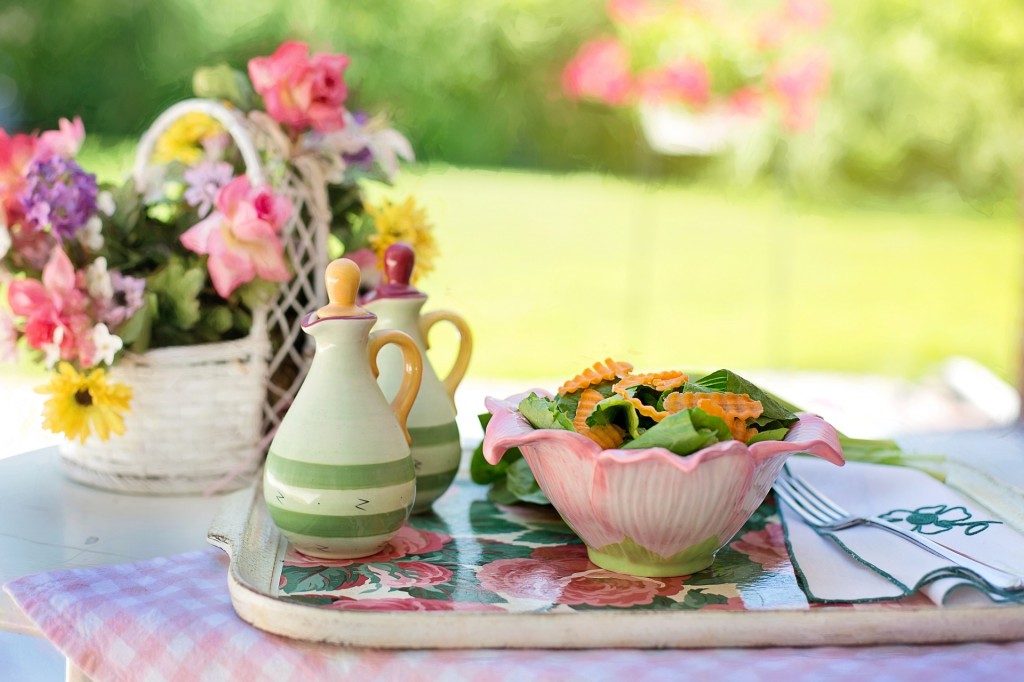 When it comes to losing weight, there really IS no time like the present. During these sultry summer days, despite all of the lazy lounging lulls and backyard barbeques, it turns out that bikini season has all the convenient tools you need to make attaining your bikini body that much easier.

Farm-fresh foods from local farmers markets that pop up around the city in the summer time are abundant in dynamic toxin-clearing antioxidants, nutrients, and the weight-loss superstar: fiber. Fiber helps to fill you up, maintain consistent energy levels, and feed your anti-inflammatory probiotics—ultimately helping you achieve your weight loss goals a lot easier.

And the best part? Not only are seasonal farm-to-table foods higher in nutritional value than conventional store-bought foods, but they’re also more affordable and ensure that your money goes right back to supporting the hard-working local farmers that support your health and well being.

And while you’re at it, the summer is also an ideal time to get in touch with your own inner farmer. Research out of the University of Utah suggests that simply tending to your own backyard garden may keep weight off your frame: on average, female and male gardeners are 11 pounds and 16 pounds leaner than their indoor-dwelling peers.

It ain’t summer without a backyard BBQ to boot. And as long as you leave the second beer in the cooler and the processed hot dogs in their package, this hot-weather staple can actually help you slim down.

That’s because grilling may help make healthy foods even healthier: a study in the journal Meat Science found that grilling a pork chop may actually decrease its fat content by nearly one third. Plus, when you’re grilling up home-prepared foods, you control the ingredients, calories, and nutrition quality.

Add color and fiber to your burger by grilling up some onions, tomatoes, peppers, zucchini, eggplant and other vegetables along side it, adding tons of flavor, warmth, fiber, nutrition and natural sweetness to your healthy meal. 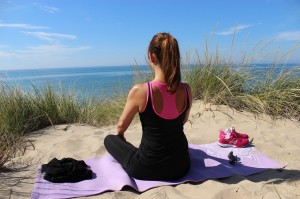 No more it’s-too-cold-out excuses. Summer is a great time to take advantage of the comfortable weather for your workouts.

Research has shown that natural methods of exercise performed outdoors could burn even more calories than machine exercises performed indoors. And that’s not only a breath of fresh air for your body – outdoor exercise impacts your mind as well. According to a 2011 study that looked at the exercise habits of eight hundred adults, exercising in natural environments was associated with increased feelings of revitalization, energy, positive engagement, calmness, enjoyment and satisfaction, as well as decreased tension, confusion and anger.

Good for your will, waist-line and your wallet! Strap on your trainers and get out there!

Have you ever noticed that you tend to feel less hungry in the warmer months, or that the types of foods you crave start to change?

Scientists believe that heat plays a role in taming your appetite. According to Loughborough University researchers, men who exercised in a hot environment (86° F) tended to eat less than those in a neutral (68° F) environment, whereas those who exercised in a cooler setting (50° F) tended to eat more. Overall, warmer athletes consumed 12 percent fewer calories and reported feeling 15 percent less hungry than those who were chilly, even though there were no differences in appetite-related hormones.

5.   We have more energy in the Summer months

In the dark and cold winter months, 10 percent of the US population suffers from seasonal affective disorder (SAD), a type of depression, and another 14 percent suffer from a lesser form of seasonal mood changes known as “winter blues,” says Dr. Norman Rosenthal in the journal Psychiatry. He explains that SAD sufferers’ “energy level decreases, they tend to eat more, especially sweets and starches, and they gain weight.” In fact, a study out of the University of Pittsburgh found that 27 percent of people with SAD reported binge eating during the dark months.

Fortunately, catching some rays in the summer months can alleviate many of these symptoms as exposure can increase serotonin levels. This hormone is responsible for happiness and proper sleep and is metabolized with the help of vitamin D, which is produced by your skin during sun exposure. And according to a study out of the University of Milan, dieters who received vitamin D supplements showed greater weight loss and had slimmer waistlines than those without the supplements.

Summertime also means longer days and shorter nights, so you have more daylight to be active and burn calories. The Summer Solstice in June has nearly 6 hours more daylight than the December Winter Solstice (which is the shortest day of the year). That means you have 15 hours of bright, beautiful sun to sneak in a fitness class in the morning, shop for healthy groceries after work, and fit in an evening stroll after dinner.