Overeating Myths That May Be Holding You Back
Tweet 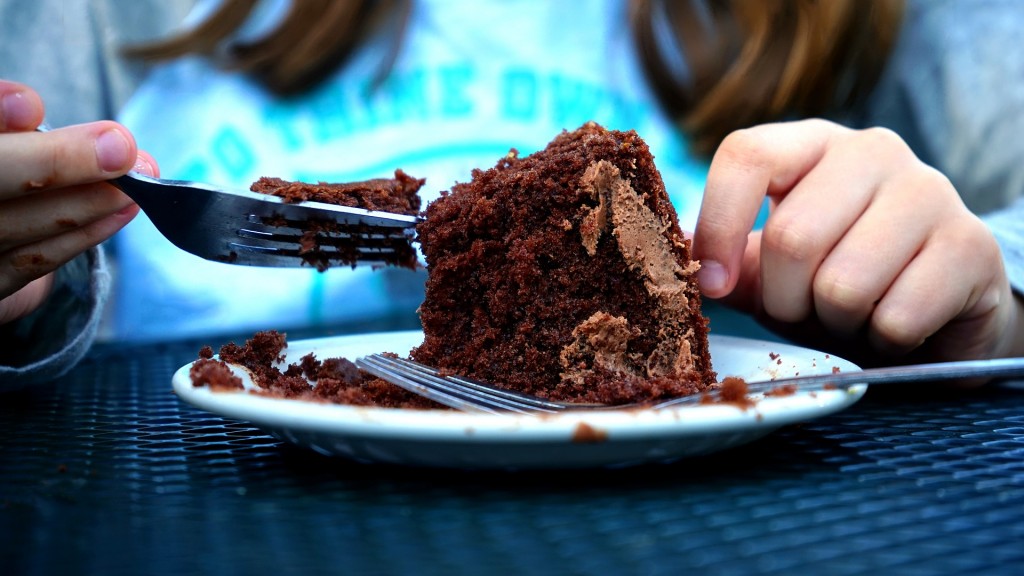 As we get older, we eventually figure out how to manage and control all the many important areas of our lives.

But, for some reason, when it comes to food, we keep getting stuck. Bombarded with so many ideas about what to eat, how much to eat, when to eat, where to eat from, it’s so easy to start feeling overloaded, and then to finally succumb to a sense of despair when it seems like we just can’t get a handle on this part of lives.

That eating is something that must be strictly controlled if we’re to ever reach our best body goals, and that, at the same time, it’s just too difficult to control.

Breaking out of this cycle starts with a very important truth: that overeating does not represent a lack of control. That, in actuality, it results from the illusion that it represents a lack of control. And moving past this cycle must mean moving past this illusion, and finding peace and freedom with your relationship with food and your relationship with yourself.

Here are 3 myths about overeating that have been holding you back from breaking free of it once and for all, and being who you want to become.

Myth 1: Dieting is going to help me lose weight.

When you keep finding yourself starting a diet on Monday morning and then polishing off the whole tub of ice cream on Saturday night, it’s easy to start feeling like a failure. The deep sense of shame and disappointment at “failing at another diet yet again” can start to really take a toll on one’s feelings of self-worth and self-love – in other words, it cripples the very things that keep us motivated to care for ourselves and succeed at our goals in the first place.

The strange reality is that dieting and overeating are actually two sides of the same coin. “Dieting” is the idea that you can reach an end with a specific food-based solution, a temporary investment to achieve a short-term goal. And experiencing eating like some sort of rigid plan that you have to be on right now implies that it’s also something you can be “off” of afterwards.

That’s why, when you get on the diet wagon with a sense of self-sacrifice, your mind and body start to eventually rebel and you inevitably end up “falling OFF the wagon.”

By buying into the myth of “dieting” as the solution to lose weight, we are actually fueling the cycle of overeating.

On the other hand, by choosing to tackle weight loss with long-term lifestyle patterns, rather than with temporary and restrictive diets, you get to let go of the crippling pressures you put on yourself, and the burdens of rigid self-control, self-blame and failure.

Focusing on creating a life-long pattern of positive and sustainable eating habits frees you to work with your body rather than against it, while fostering a sense of self-worth and self-love.

Myth 2: I overeat because I’m hungry all the time.

There are many reasons why we eat. Sometimes, it’s because of hunger. Ironically though, research has shown that, more often than not, we eat for reasons that have nothing to do with physical hunger at all.

Because we’ve become so accustomed to ruling over our eating with long-held habits, customary eating schedules and external triggers, recognizing the difference between physical hunger and psychological or emotional hunger isn’t as obvious or as easy as you might think.

Emotional eating specialist, Dr. Robert Gould, M.D., outlines a number of cues you can use to help you figure out whether you’re eating to satisfy emotional needs rather than physical ones. Did your hunger come on suddenly and urgently? Does the hunger feel overwhelming? Can the hunger only be satisfied with particular foods? Does the craving feel like an obsession you can’t get out of your head until you’ve given in to it? Do you keep wanting more, no matter how much you eat? Do you find that you’ve finished the whole container without even realizing it? Have you eaten until you are uncomfortably stuffed? Do you feel guilt, shame and regret after you’ve eaten? If you answered yes to any of these, than you’ve likely just eaten to try and satisfy emotional needs rather than your stomach.

And since food can’t actually feed emotional needs, you keep experiencing that sense of “hunger” as if it’s never-ending, no matter how much you eat.

Recognizing that you are experiencing emotional hunger rather than physical hunger, and determining which emotions and situations are triggering it, is the only way to start changing your responses to these triggers.

Moreover, it’s the only way to ultimately find ways of nourishing your mind and heart in ways that actually lead to the satisfaction and inner peace that you’re seeking.

Myth 3: Overeating is an addiction that I’ll always have to fight against.

Most people assume that overeating is a food addiction. And so what naturally follows is the idea that, like most addictions, you’ll have to constantly battle and fight against your deepest desires and love for food in order to combat overeating, for the rest of your life.

We don’t overeat because we love food. We overeat because we are trying to cope with something else. Whether that’s coping with a physical challenge like a hormonal imbalance, or with an emotional one like stress or sadness, recognizing overeating as a symptom of something deeper steers you past the myth that it’s a fight against food, and allows you to face what the actual problem is.

That’s why the belief that curbing overeating will necessarily involve a constant lifetime battle against your deepest desires is based on a fear that’s unfounded. It’s the act of overeating, in fact, that fights against your body’s deepest desires, its natural instincts and its most automatic mechanisms.

Learning to understand why you act around food the way that you do, to process your emotions, to find alternative routes to work through challenges, to listen to your body’s cues and to honor your body’s needs is what truly ends the battle against yourself, and ultimately sets you free.