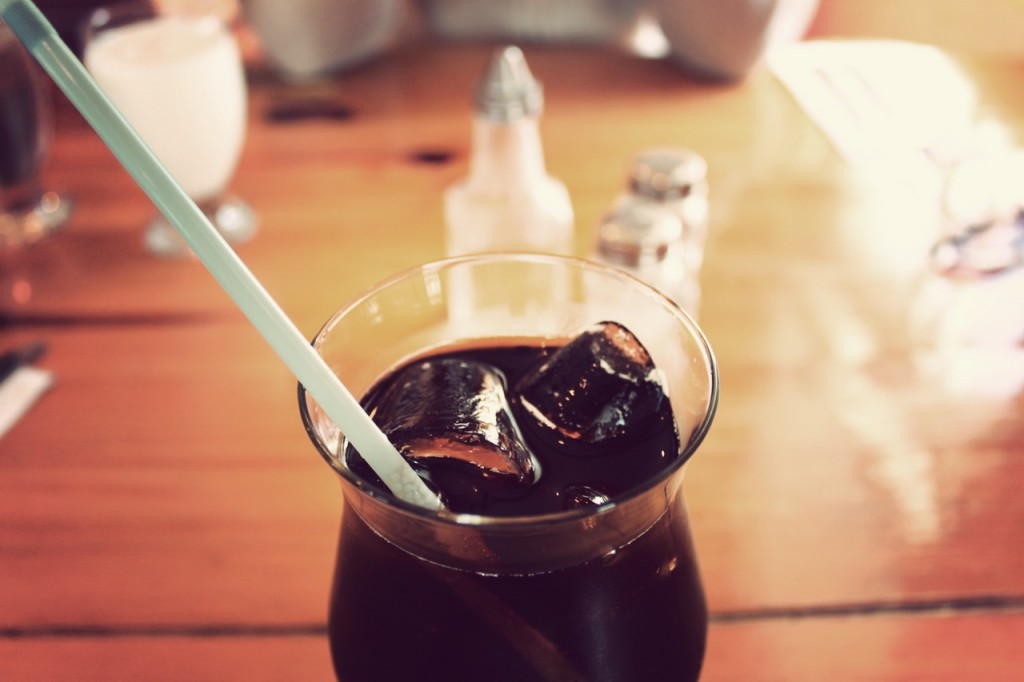 A famous Y2K study created quite a stir when it suggested that drink calories may have a higher chance of contributing to weight gain than calories from solid foods.

The researchers added 28 spoons of sugar to the daily diets of two groups of participants for one month, spooning it out in the form of jelly beans for one group and in the form of soda for the other. Then they observed how many calories the participants chose to eat over the course of the rest of the day, to see how their calorie intake might be affected by the added sugar in the form of solid food (jelly beans) versus liquid (soda).

As it turned out, the jelly bean eaters seemed to naturally self-regulate their eating for the rest of the day. Their daily jelly bean binge made them feel full enough to intuitively eat less afterwards so that, in the end, their daily calorie intake balanced out to be about the same as it was before starting on jelly bean diets. This suggested that their bodies were accurately registering the extra calories they were getting from the jelly beans, and were compensating by shutting off their appetites earlier to take in less calories from other sources.

The soda drinkers, on the other hand, kept eating the same amount of food as they did before they started guzzling down extra pop. This suggested that their bodies were not aware of the extra sugar calories they were taking in from the soda, and so they did not naturally experience less appetite for the rest of the day. This created a sort of metabolic “confusion”, said the researchers, “that may imply a risk of over consumption.” By the end of the month, most of the soda drinkers had gained weight.

The results of this study were presented to the world, and a new weight loss school of thought was born that deemed liquid calories to be liquid evil when trying to purge pounds. Sure enough, many people began seeing encouraging weight loss results simply from ditching high calorie beverages from their diets.

And yet, at the same time, die-hard Smoothiasts, Juicers and Soupsters refused to take these research results as gospel. And – sure enough – they, too, experience positive weight loss results.

So do liquid calories water the seeds – or douse the flames – of fat burning?

Battle of the Beverage: Do Liquid Calories Help or Hurt Your Weight Loss?

To figure out the true effects of fluids on fat loss, it’s important to first recognize one major issue with this Y2K study: jelly beans and soda don’t only differ because of their solid versus liquid forms. They also contain completely different ingredients, any of which could potentially be the true cause(s) for differences in appetite and weight loss.

To test for a true solid versus liquid effect, you’d have to use the exact same foods, eaten when solid and eaten when liquefied. And so, that’s finally what a newer study from the Obesity Society set out to do.

The researchers looked at what happened when participants were fed a raw fruit salad of apples, apricots and bananas with three cups of water versus what happened when they drank the same fruits and water when blended up together in a smoothie. Same meal this time. So what happened?

At first, the researchers assumed this effect might be due to the lack of chewing involved. Other studies have shown that chewing food a greater number of times helps people feel more satiated after a meal, compared to eaters who chew their foods less times. The act of chewing seems to set off signals in the brain that help it track food intake. And so, the theory went: perhaps liquids, which require no chewing at all, simply don’t set off the body’s “I’m full now, stop eating!” alarm bells like chewy solid foods do.

But then came the Big Soup Paradox.

And everything we thought we had just discovered about the effects of liquid calories on appetite and weight loss dissolved once again.

Soup for Your Soul (and Spare Tire?)

As it turns out, when it came to blended soups – which are essentially just hot smoothies eaten with a spoon – the opposite proved to be true: the same meal in liquid form proved to be more satiating for eaters than the solid version. In fact, puréed soups showed to be so filling that when people had soup as their first course, they ate far less of their main course, and wound up eating far fewer calories overall.

Experience the real difference for yourself by eating a bowl of this Glowing Carrot Cashew & Ginger Soup  before your next meal.

Like their cold counterparts, blended soups are liquids that don’t require any chewing. So what is it about hot smoothies that makes them so different from 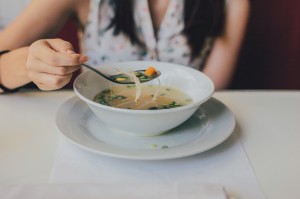 cold smoothies when it comes to appetite satiation?

The foods that we take longer to consume tend to be the ones we feel are more satiating in the long run. It takes less time to slurp down a beverage than it takes to eat something solid. We spend more time chomping chewy foods than we do soft ones. We’re careful to take more time with hot foods versus cold ones. So perhaps, when it gets right down to it, it’s the slowed eating rate, rather than a food’s solid or liquid form, that makes the impact when it comes to satiation levels, appetite control and successful weight loss. The Obesity Society researchers decided to find out.

They repeated their experiment with one group of participants eating fruit salad and a second group drinking an equivalent fruit smoothie. Only this time, they also added a third group: this group had the fruit smoothie as well, but rather than drinking it from a glass, they were offered it in a bowl, to eat with a spoon. The second and third groups both consumed cold smoothies, but spooning it into the mouth forced the third group to take more time finishing it than the group that gulped it down the regular way from a glass.

The results this time? Not only did eating the smoothie more slowly cut hunger as much as it did when the fruit was eaten in solid form. But the smoothie eating group also reported an even greater sense of appetite satiation than the fruit eating group did one hour after the meal. 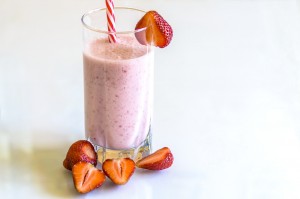 When healthy nutritious smoothies are sipped or eaten more slowly, rather than quickly gulped on the go, you really can have your (liquefied) cake and eat it too.

Use this Fool-Proof Smoothie Formula to incinerate fat and rocket launch your weight loss.

Consuming your wholesome high-quality smoothie both steadily and mindfully – just as you should any other healthy meal, no matter what its form – allows you to reap all the unique weight loss benefits and health advantages of its fat-torching ingredients while keeping your metabolic rate cranked up sky high and your body in proper balance.